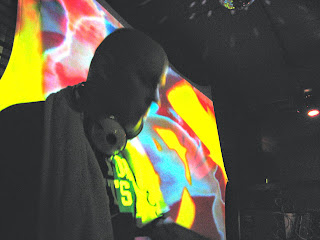 Jazzy Burn's and Atom first met at the legendary Warper Parties in New York City.  They held an appreciation for each others distinct sound and soon began to perform sets together.  After a warm response they agreed to exchange tracks and remix each others songs.  The CD 'Color Bars' is the result of that fruitful collaboration.

Atom is a top notch East Coast producer with many dance tracks to his name.  Specializing in clean beats and a perfect sound, he brings an expert feel for minimal house and glitch tech to his work. 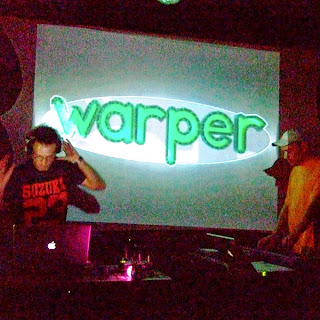 Warper Parties are the legendary electronic soirées debuted in New York City and Brooklyn in the mid 2000s. They feature an array of international artists bent on experimenting with the interface between technology and art.  From cellos connected to computers to steering wheels used as DAW controllers, Warper is a hot bed of electronic music innovation that is world renowned.

Posted by Beau Tardy Artist at 8:50 PM No comments: