Ghost In The Shell - Movie Review

Wow, how cool was that? I had no idea this movie would actually be this good! I was totally expecting a sub-par remake of the all time anime classic. After all who could possibly make anything half as brilliant as Mamoru Oshiis' animated masterpiece? Nobody of course. This redux has a lot going for it all the same. 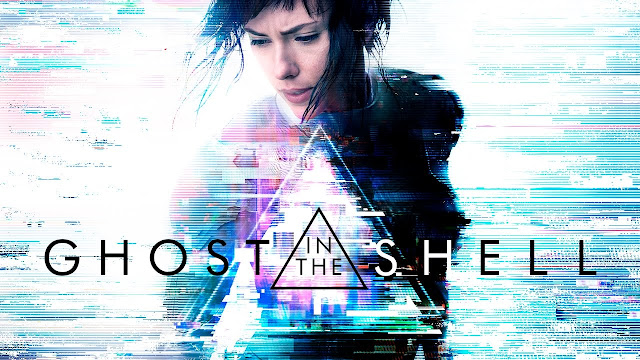 But first, the weak spots. The biggest fail of all time is the fact that Scarlett Johansson decided not to play this in the buff like the original anime robot. Instead she is fitted with a latex body suit which is a huge let down even if it allows the movie to be rated PG13. Why can't us adults get to see a movie with a naked robot? Just why?

Also why on Earth did director Rupert Sanders decide to start the movie with a 5 minute flashback sequence that is slow and bothersome instead of 'plunging' right in the way the anime does with Major's dive from the building roof? 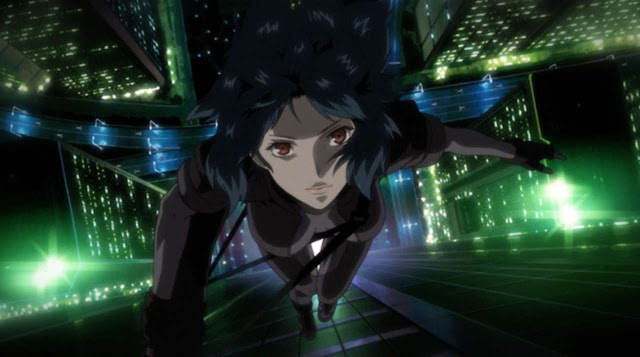 This has the effect of blunting the noir dread that is supposed to infuse this cyberpunk epic. To that point, everything is a little bit too clean and well lit.
Last but not least this movie is lacking a proper kick ass soundtrack. I mean Tron Legacy has Daft Punk, man! The original anime has a beautiful eerie theme song by Kenji Kawai but this film relegates it to the end credits... bad move. They should've gotten Deadmau5 to score this film!


Now on to the good bits! Scarlett Johansson looks freaking perfect as Major. She plays it well in a stiff human-machine hybrid way. (I still think she should have been naked - I mean just think of the publicity! Built-in ad campaign! Chickens, the lot of them... )

The evil Geisha robot is dope. I want that thing as a body guard!
Batou played by Pilou Asbaek is awesome rad too. 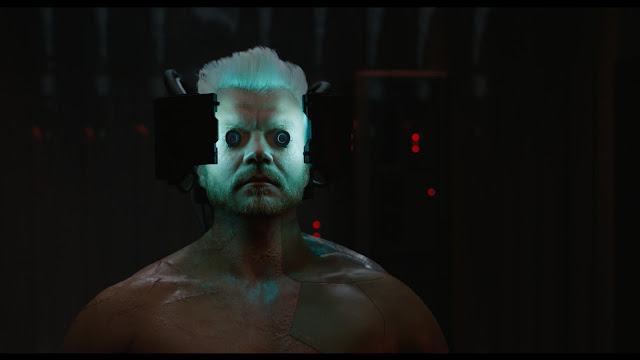 In the original anime his look was inspired by the Italian comic book character RanXerox who was another cyberpunk icon of the 80s.

Cyberpunk is a product of the 80s and Ghost In The Shell took a lot of cues from Blade Runner and Akira. The 80s were not a clean decade and the future looked grimy and dark. Millenials are too used to the sleek rounded corners and shiny surfaces of their asepticized iphones. Anyone remember using a pay phone on 42nd street in 1985? Any way I digress. 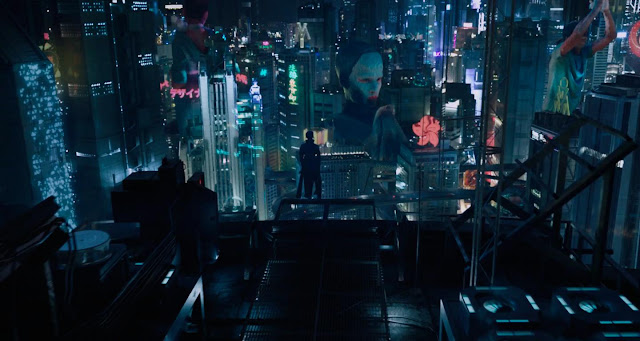 I saved the best part for last which are the awesome sfx and glitch tricks. I mean folks, augmented reality is coming and we better get used to navigating the third layer of VR holographic ads. Not to mention naked robots! 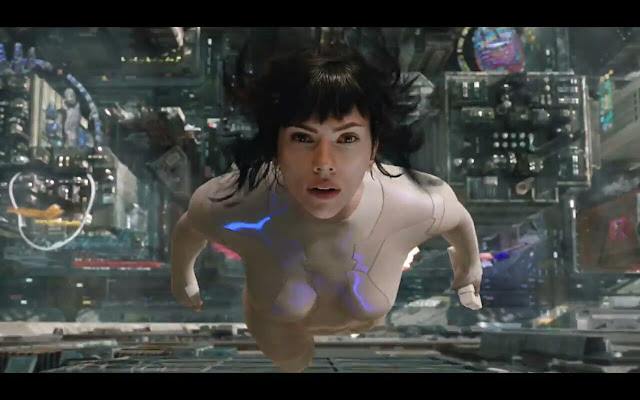 I feel this version of Ghost In The Shell has staying power and will develop a bona fide cult following. Definite addition to my cyberpunk collection!
****
Posted by Beau Tardy Artist at 2:33 AM No comments:

Anyone remember Wayne's World with Mike Myers about two doofuses on a couch doing a Public Access TV show? Of course not, you probably weren't even born yet! Well, it looks like Pewdiepie doesn't remember either! Maybe this is a good time to insert brainiac quote "Those who don't know history are destined to repeat it." (Edmond Burke)

Although the movie Wayne's World was a fictitious parody of the Public Access TV phenomenon of the 80s & 90s in America, the reality is Public Access TV was a rich experimental playground for budding TV wannabees. As a free speech platform mandated by Congress in the 1970s, Public Access TV was exactly that: public access to the TV airwaves by any enterprising talent that felt like making a TV show.

Awesome shows came out of that experience, some even becoming famous like The Robin Byrd Show, TV Party, Beyond Vaudeville (which became a real TV show called Oddball) or TV with Ray Cathode that inspired MTV's AMP. (look 'em up).

All these shows broke new ground and did things on TV that nobody had done before. Pewdiepie's show 'Best Club' on Twitch however seems to be plowing fallow ground. After only two shows he is bleeding viewers, going from 80,000 for the first episode to 18,000 for the second episode which is a dizzying 75% drop. It seems that he got the message because the next day he tweeted: "that stream was insane, was just testing it out... wasnt expecting that. will do a charity one next time". 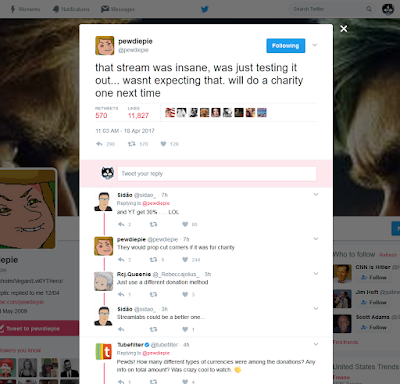 Was it that he wasn't expecting such a big drop in viewers or that the constant begging for donations made it sound like a PBS telethon? Either way, the formula seems wrong for Twitch. A prominent feature on Twitch is the chat which is simultaneous to the stream and allows viewers to comment in real time. This is a raucous place where memes are born and trolls earn their wings. During episode 2 of 'Best Club' chatters were complaining about being ignored, even when they donated money, a cardinal sin on Twitch!

Best Club episode #2 also suffered from a rookie streamers mistake of plugging the cameras into a different input from the mic resulting in the dreaded 'audio out of sync' nightmare.

Twitch is a very different animal from YouTube. By any account this will be a head-scratcher for the producers of Best Club and it remains to be seen if the Pewds will be able to turn this lemon into lemonade.

Posted by Beau Tardy at 5:03 PM No comments:

Posted by Beau Tardy at 3:44 PM No comments:

Watch live video from Netglow on www.twitch.tv
Posted by Beau Tardy at 7:31 PM No comments: